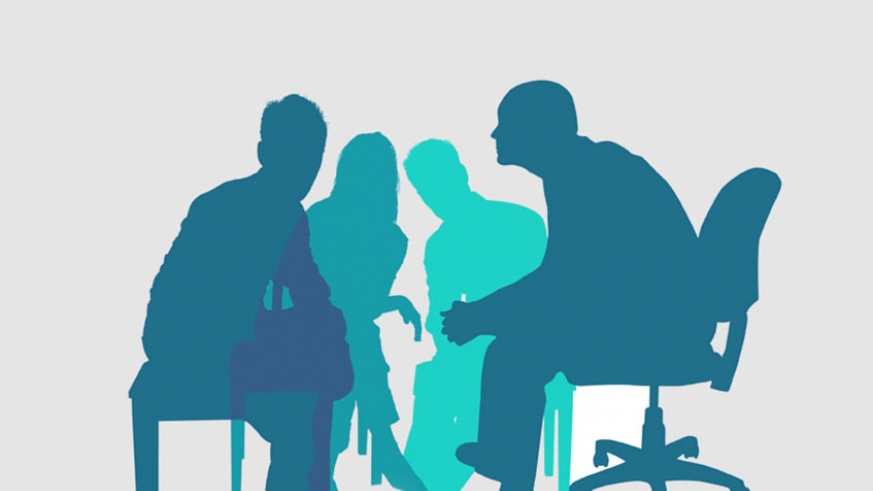 During the interview there were several moments of nonverbal communication. The way that I “looked” during the conversation was that of someone that was closely listening. Whenever the client spoke, I would listen to her closely and then give a response. Whenever the client would speak, I would nod my head as in to let her know that I understood and that I was listening. I would keep consistent eye contact, showing the client that I respected what it was that they were saying and that I was there for them and listening. Different emotions also showed on my face as she reached the different parts in the conversation. This show that I had sympathy and empathy for her. Other nonverbal communication that was displayed was my posture in which I was sitting. I sat upright and close to the computer screen. I was sitting at attention, displaying that I was focus and engaged in the conversation, showing the client that she had my undivided attention.

During the interview, I was able to identify two empathic responding’s. The first one would be when I confirmed to the client that she was making a point that supporting herself, a small child, and her husband was a difficult task. In my role as the Social Worker, I expressed to the client that I imagined that it would be extremely difficult to perform such a task. The client stated that was the point in which she was trying to make and that it was one of the many causes of her grief. On a scale of 1-10 I would rate my level of response at about an 8. This is because I recognized the problem and acknowledged it, however I did not provide a solution, but instead simply provide the client with an affirmation. The second example of an empathic response what was displayed in the interview was when I affirmed to the client that it sounds as if her life would be better if her husband got a job. The client stated that it would be easier once her husband got a job because there would then be two incomes in the household. Client went on to stated that the husband lost two jobs and was steady job searching but was dealing with other factors that contributed to the very difficult time that he was experiencing.

In regard to question formulation, I believe that the question that started the entire conversation was: “how can we help you today at this great establishment”. From that initial question, the client begins to open up and provide us with the details of her problems. She stated that she required assistance and that the main source of her stress was financial issues that was resulting in marital issues. The client then went into the different spectrums of her issues. This resulted in myself asking the client if she required financial help, mental health assistance, medication, as well as assistance in regard to her housing arrears. This resulted in the client explaining to us that she was behind in rent because her husband would not work, nor is he staying home to watch the child.  This led to us asking why he has not worked, which resulted in her responding by stating that he has recently lost two jobs and might be dealing with something deeper that she is unaware of. One question is opening the door for other questions, which in turn helps to develop the conversation. We finally reach the conclusion that the client needs her husband to find employment and to help relieve some of this stress which she is currently dealing with.

As I prepared for this interview, I had two firm substantive questions that I felt that were fair to ask in order to have a sound conversation. The first question would be “what is the problem” or “how can we help you”. We would ask this question in order to find the root cause of the issue. Once the root of the problem was established, then the problem would have a better chance of being resolved. The second question that would be asked, is also usually that last question to be asked. That question would be: “okay how can we fix this”. That question would be asked so that we can resolve the conflict. Now that the conflict was established, it would only be sensible to resolve the conflict. This is a very simple objective and conclusion-based theory.

In the first few minutes of the interview we were very effective in engaging the client. This was because the client was yearning to have someone that wasn’t connected to her personally listen to her problems. The client stated that she had not told anyone else about her issue because she feared embarrassment. However, she was more open to speaking to a professional about her problems and went in depth about them. This provided an environment to speak about that current issues that were bothering her. After the client was done venting about her current issues, it became easier to identify her goals. Her goals were to become more stable mentally, to have her husband obtain some form of employment, to catch up on her arrears and bills, and to improve her marriage. The client simply required help during this difficult time because she felt that she could not do it all on her own.

Towards the end of the conversation, I stated that we would use an independent living plan or service plan to record and monitor the progress towards identified goals. One of the things mentioned was the client having her husband come into the office for a session. This could possibly be a safe place for the client to inform her husband of how she is feeling. This would be a major step forward because she previously stated that she did not tell her husband as of yet how she is feeling. We would monitor her mental health needs by simply scheduling her regularly with myself for mental health counseling. Finally, if we are able to work with both her and her husband, we can attempt to help them resolve their marital issues. We would attempt to mend the marriage because never once did she state that she would like to leave the marriage and stated that she would not leave when asked.

The issue of power came up in this interview in the sense that the client was rejecting the fact that her husband was making her into the only provider of the home. The client stated that she wanted him to man up and be a man that takes care of his responsibilities and show love towards her. The client felt that the task that she was asked to complete was overwhelming and that she did not feel she was able to do it on her own. The task which included her paying for all the bills in the home and taking care of a child on her own as well. The client’s husband in a sense was privileged, as in he was acting like a spoiled child. He was able to live rent free, not take care of his child, or work. He was also leaving the home as he pleased and returning when he felt like it. There seem to be an identity switch among the married couple and so the client came for assistance in resolving this unfortunate issue. The client stated her feelings and goals clearly. This would conclude that she thought about it for awhile now and was finally seeking refuge. My tone throughout the interview for the most part remained the same. By remaining consistent during the interview, it provided the client with a safe zone to return to if she would need it.

After the interview, it was concluded that the client is resilient and is determined. The client has yet to give up, knowing that she is unable to do it alone and so she seeks help. This is a testament to how courageous she is in this situation. The fact that the client has been able to go through so much and still be able to fight shows that she is fighting for love. After this particular interview, I would ask my supervisor if they felt that I took this interview in the right direction and if there’s anything that I can do differently during the next session with the client. I would also ask what leading questions work best in getting the client to provide you with certain insight. I would also ask for advise on how to conduct the interview if the client’s husband was to come into a session with her.

In conclusion I believe that the interview went well, and the goals were properly identified. From the interview we were able to complete an assessment of the client’s needs. In the future, if I am able to work with someone in a similar situation, I would better introduce myself and provide the client with additional information on what it is that I do and my current role in assisting her. I would also inform the client of the HIPAA laws in better details. I believe by doing this, the client will feel more comfortable and at ease. The client in this interview was very willing to share information on herself, however not all clients are the same. Overall it was a great experience and I look forward to doing it again.