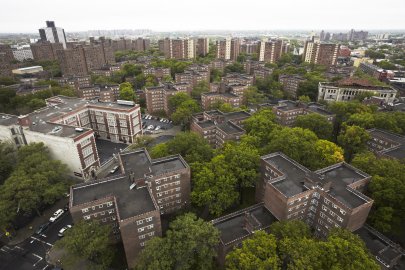 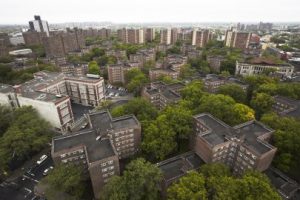 It is often stated that if you can make it in New York, then you are able to make it anywhere. Ironically the focal community that is mentioned in this paper was once compared to the city of Berlin after WWII. Jimmy Breslin stated in 1968 that “it reminded me of Berlin after the war, block after block of burned-out shells of houses, streets littered with decaying automobiles”. This neighborhood was built on a dumping ground but was later converted into a community originally made up of Jews. It is now the site of the largest concentration of NYCHA public housing in the entire country. It is also known as one of the most dangerous neighborhoods in the United States. The neighborhood that is being referred to is Brownsville, Brooklyn NY. This neighborhood was predominantly Jewish but is now predominantly made up of African Americans. According to the 2008 U.S. Census, out of the 88,411 people living in Brownsville, 75.1% were black. Brownsville is known for being “a testing-ground for public-housing and decentralized-education policies, and a high-crime zone during tough economic times” (Discovering Brooklyn: Brownsville by Judith C. Lovell).

Brownsville, Brooklyn NY is known for poverty and violence. According to “Brownsville, Brooklyn: Blacks, Jews, and the Changing Face of the Ghetto” By Wendell Pritchett “Brownsville was so-to-speak born in poverty and never achieved any great prosperity”. The area was always undesirable because of its distance from Manhattan, it being a dumping ground, and the high poverty rate. The high level of poverty also resulted in a high level of crime. Therefore, Brownsville is often considered dangerous.  Ironically, Brownsville was the home of the first planned parenthood clinic, created by Margaret Sanger. Crime is also a huge issue in Brownsville Brooklyn. In the year 2010, 28 murders were recorded in the 73rd precinct which services the area (https://www.dnainfo.com/new-york/crime-safety-report/brooklyn/brownsville/). From a distance we can only imagine how it is to live in a place like this. The place of which this writer currently workers, at a men’s homeless shelter located in the heart of Brownsville. We would wish that these current conditions to change, however is it very difficult to do so. The crime and poverty mainly impact people of color, who makes up most of this neighborhood. The social group is mainly the people of color that are living in such poor conditions.

Because of the location of Brownsville, it is very hard to gentrify. It is not located in a very attractive area. For this to change, we would have to make Brownsville more attractive to people of different backgrounds. This would allow there to be a balance in the neighborhood. We would also have to do better policing to lower the crime rate and perhaps even start a neighborhood watch program. Regarding poverty, that would have to start with self. The people would have to improve their personal lives, obtain skills, or continue their education in order to develop themselves and their community. Once Brownsville looks better and is safer, more people will move in.

Finally, we would call a town-hall meeting to speak to the community leaders and other members in the community. We would speak to them about crime and how they would like to decrease it. We would also speak about the poverty in the neighborhood and what job training and educational programs that we can use to assist the people. What resources can we obtain locally or from the state and federal government.